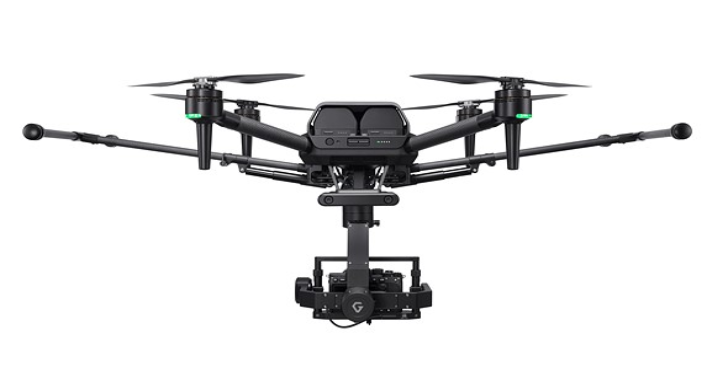 Sony Group Corporation SONY has revealed its first professional drone that it aspired to launch in September 2021 at a  price of about $9,000.

It will be the world’s portable drone delineated inorder to fetch a widget along with a high resolution mirrorless replaceable lens camera called Alpha camera. For this it make use of a proprietary motor, propeller, control system, and sensing technology, which supports it to fly at tremendously high speeds with sturdy wind.

“Combining an extremely compact size with some of Sony’s most advanced imaging, sensing, AI and robotics technologies, the S1 will allow content creators, storytellers and commercial professionals to capture that which they’ve never been able to capture before.”

Airspeak S1  drone provide a proprietary 17” propeller and brushless motor which blows upto 90 km/h with angular velocity of 180°/s and a tilt angle of 55º. It can fly upto 22 minutes after fully charged and without any load and can fly about 12 minutes when furnished with Alpha 7S Mark III and a 24mm f/1.4 lens.

It is powered with ESC (Electric Speed Controller) for steady state control. It has a idiosyncratic characteristic, high-staging flight control system that amalgamates the propulsion device and all sensor datas to secure a stable flight and high movability. The cameras are placed at the front, back, left, right, bottom of the aircraft to enhance its performance and also to steer clear of from hurdles.

“Sony says its “Vision Sensing Processor” processes camera data at high speed, and proprietary algorithms are used to accurately estimate the aircraft’s spatial position and orientation in real-time, enabling stable flight even in environments where GNSS (Global Navigation Satellite System) reception may be affected or hindered, such as indoors or under bridges.”