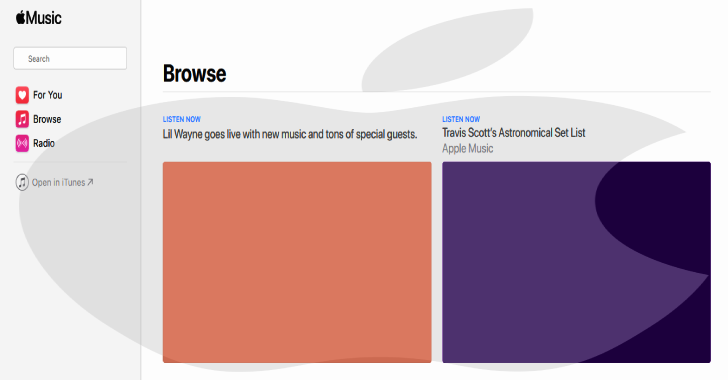 As per the news, Apple Music is out of beta testing and is now rolling out on the Internet. Its beta online edition was released in September 2019.
You will be led to the stable version of Apple Music at music.apple.com if you enter the previous beta-version address (beta.music.apple.com)
The program enables users instead of downloading iTunes or the separate Apple Music app to stream their favorite music from their internet browser.
You just need to sign in to the Apple-Music online app to listen to your favorite songs and get access to your playlists. You need both an Apple ID and an Apple Music subscription for that.
If you already have an Apple Account, it would be easy for you to use web edition. If you’re a new customer, you won’t be charged for the first three months because it comes under the free trial offer.
Since Apple has gradually begun phasing out iTunes, the main focus on Apple Music has been on music lovers. The company has constantly added new features to it to compete with other popular streaming services such as Spotify etc. All of those organizations now have web-based music streaming interfaces.
The web player enables you to access tabs such as About You, Browse, and Radio and also provides a search tool for a specific song or artist to be found manually.
The app also supports a light theme and has music replays that offer selected songs that you’ve been using the service every year.
The biggest drawback when considering the other Music streaming service is that, it’s important to have a subscription because without a subscription, you won’t be able to play the entire songs and just get a 30 to 40 second sample clip.
Also Read
How To Delete Zoom Account?
YouTube Now Supports UPI Payments In India
iOS 14 Will Let Users Try Out Apps Without Installation : Report

Apple iPad Pro, Launching With Wireless Charging And Glass Back