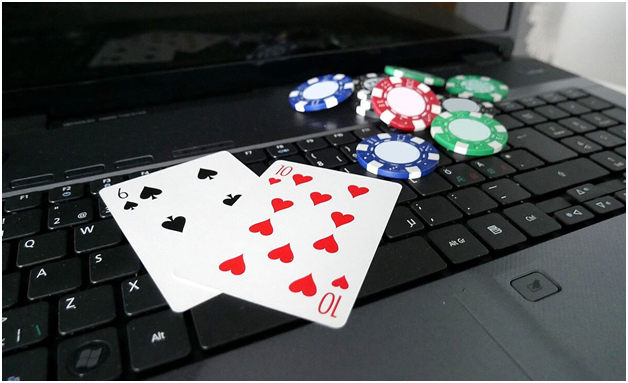 Gambling will forever hold a lot of appeal. For many people, nothing beats the heady thrill of battling to deploy strategy under great pressure and the capricious influence of random chance.
And ever since the internet became mainstream, gambling has become far more accessible, polished, and even sanitized (where useful).
Anyone can head to an online casino of their choice and enjoy a simple game like roulette, whether playing for profit (there’s undoubtedly a lot of money to be made) or just playing for fun.
Like any industry, though, online gambling keeps changing with the times. Each year brings fresh developments, features, and trends, largely driven by the march of technology.
So what’s waiting over the horizon? How will technology impact the online gambling world as we make our way through 2020? Here are some solid predictions:
VR and AR gaming will grow in popularity
What if you could split the difference between visiting a real casino and playing online? That’s what VR technology can achieve in the right circumstances.
With the right headset and set of motion controllers, a player could traverse a virtual casino environment, interacting with games in a manner reminiscent of actual physical manipulation. This would be much more immersive.
And then there’s the prospect of AR — imagine people gathered around a table, using their phones (or AR headsets) to interact with a poker game digitally superimposed upon an empty table. Since the technology for all of this (VR and AR) is already on the market, it’s very likely that 2020 will see a boost in online gambling support.

Bitcoin is still mostly known as a speculative investment — something that fluctuates wildly in value based on little but popular perception of its significance — but cryptocurrency, in general, is steadily becoming established as a genuine everyday option. Because of this, 2020 will see more online casinos accept cryptocurrencies.
In fact, some online casinos might actually create their own cryptocurrencies to incentivize people to stay inside their ecosystems.
They’d need to tie them to something with real-world value, of course, but otherwise it wouldn’t be broadly dissimilar from the chip-based system used for many casino games.

Betting on eSports will get even bigger

Looking at the growth of the eSports betting market since just 2015 is quite astonishing. Instead of creeping up in popularity slowly, it went from a non-entity to a huge industry extremely rapidly (presumably driven by the massive growth of Twitch and other streaming platforms, as well as the mainstream push to embrace eSports as legitimate sources of competition).
But the growth isn’t over. During 2020, betting on eSports events will become common practice — after all, you don’t need to pay an exorbitant fee to follow those events (most can be viewed live for free). Expect to see conventional bookmakers make a concerted effort to offer odds on eSports competitions before long.

Loot boxes will continue to be scrutinized

Much has been made of loot boxes in the video game world. The concept is simple: you pay a certain amount of real-world currency to receive a randomized selection of virtual items, be they cosmetics, weapons, or enhancements.
While that sounds a lot like gambling, games developers continue to argue that it doesn’t technically count as gambling.
Whichever side of the argument seems stronger to you, it seems clear that the controversy over this topic isn’t going anyway in the near future. What will be most interesting is to see whether any legislation is agreed upon.
Loot boxes could be banned entirely, or recategorized in some way, or altered to have set contents (taking away the surprise elements). Only time will tell.
Online gaming has become extremely easy for people to enjoy, now being available through responsive websites, mobile apps, and even VR/AR tools. With the basics now in place, 2020 is set to solidify the global influence of this industry while also sweetening the deal for those who question the point of virtual gambling.

eCommerce Is Changing The Way We Shop (and this is how)

Innovative Technology That is Changing Businesses