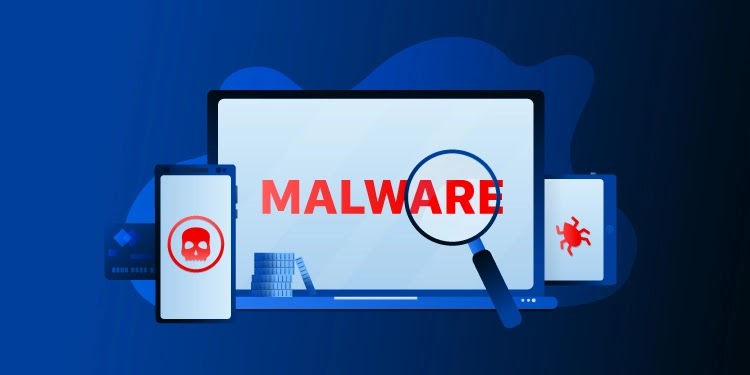 Since the 2016 presidential election, cybersecurity experts have known that some hackers have operated with political motives: to promote their preferred candidate, to defeat the opposition or to sow political chaos, generally. Yet, more recently, cybersecurity experts have identified malware that doesn’t just steal data for political advantage; it uses political buzzwords to attract user attention.
The best example of this is Trump.exe, living up to its name as one of the worst ransomware strains to emerge in 2019. What do users have to fear from Trump.exe, and what does the malware mean for the upcoming election and the future of cybersecurity? Read on to find out.

Trump.exe, the Donald Trump Screen of Death and Other Trump Attacks

Donald Trump is no small fan of branding, putting his last name on everything from a for-profit university to steaks, energy drinks, vodka and chocolate bars. Still, it is exceedingly unlikely that the Donald agreed to put his name on a slew of new malware floating around the web.
Trump.exe is the largest and most threatening of the bunch. This ransomware is painfully simple but effective at tricking victims into sending money to its authors. It begins with an email containing a malicious file, Trump.exe, which when opened displays a ransom note. The note contains a picture of Donald Trump and a demand for payment, which will decrypt the user’s data. The kicker is that Trump.exe doesn’t actually encrypt any of the user’s data; it merely locks the screen, which hasan easy enough fix. In a hilarious twist, this malware has kin: PuTIN malware, which does essentially the same thing with an image of Russian president Vladimir Putin.
While Trump.exe is by far the Trump-themed malware with the widest reach — as of yet — it is by no means the only Trump attack out there. Another is called the Trump Screen of Death, which finds its way onto a victim device in a similar fashion: through a corrupted download. Once launched, the malware fills the screen on an image of Trump with the messages, “Donald Trump Error” and “Try not to turn off this computer.” The user gets three chances to comply, but if they continue to close the message or close their computer, they will be presented with an image of the Donald in sunglasses, which freezes the device much like the Microsoft Windows Blue Screen of Death.

The Rise of Political Malware and What It Means

Trump.exe and the Trump Screen of Death are by no means the only political malware hitting the web on the eve of the 2020 campaign season. In fact, cybersecurity experts have identified other ransomware and screenlockers as well as remote-access Trojans (RATs) themed with Donald Trump images — as well as images from President Barack Obama and Secretary Hillary Clinton, who aren’t even involved in the upcoming presidential race. One, called “CIA Election AntiCheat Control” shows pictures of both Donald Trump and Hillary Clinton and claims that victims need to send $50 to a certain address or their 2020 vote won’t count.
The deluge of politics-themed malware is not a good sign for several reasons. First, any new evolution in malware is troubling; though it is unlikely that malware will ever disappear, new variants tend to be a cause for alarm, a new reason for everyone to install maximum internet security software and keep it updated to prevent unnecessary infection.
However, perhaps more importantly, political malware seems to have grown out of the wave of political enthusiasm that has also spawned propaganda websites that publish false or misleading stories designed to sway voter opinion.Cybercriminals are drawing on the intense emotions that images of Trump and Clinton elicit to blind victims to reasonable responses and instead act rashly.
Based on the simplicity of these attacks, cybersecurity experts believe that it is unlikely Trump.exe and others are the work of well-funded, sophisticated hacking agents, like those interfered with the 2016 election. Still, even the work of petty thieves can have an impact on the culture; experts are concerned that these attacks will further reduce public trust in reliable sources, leading to widespread ignorance that again endangers America’s security.
What is important to remember about these instances of political malware is that they aren’t produced by the politicians presented by them. Rather, Trump.exe and its ilk are some of the most basic, least devastating malware currently on the web, and if users can keep their heads when confronted with them, political malware will become a mere passing fad.

How to Ensure Online Security in a Constantly Expanding Threat Landscape

Upcoming Form For HTTP To Replace TCP With Google QUIC