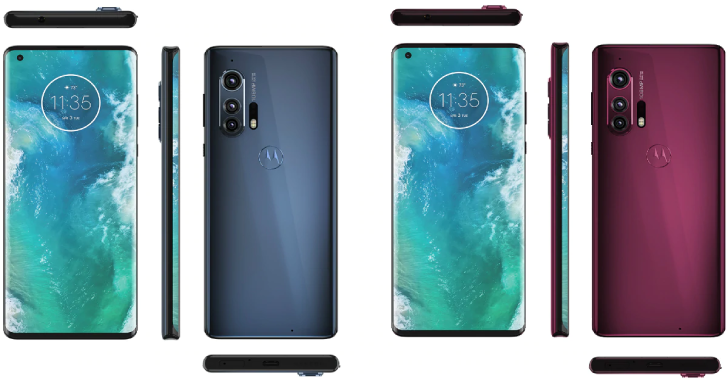 Prashant Mani, Motorola’s India Country Manager, has confirmed that the new Motorola Edge+ flagship is “Coming to India soon! “And in a tweet. This capable 5 G models reflect Motorola’s re-entering of mid-range and flagship handsets into the mainstream group.

The all-new Motorola edge+ is reinvigorating the flagship space with a Bold endless edge screen innovation,Fastest 5G performances with Snapdragon 865 and a monster 108 mpx camera .Here is a sneak peek into what went behind creating the #AbsoluteEverything. Coming soon to India! pic.twitter.com/xhH8wjMREu

The video highlights the phone’s main specs including support for 5G, Snapdragon 865 processor, 108MP camera and more. We can expect Motorola to introduce the Edge+ in India after it allows e-commerce companies to accept cell phone orders.
[table id=119 /]
[table id=120 /]
Even as the US continues to reel under the impact of the COVID-19 pandemic, Motorola has announced it will start selling the Edge+ through Verizon starting May 14. In comparison, the Motorola Edge is scheduled to go on sale sometime later.
The Edge price in Europe is set at €599 (around Rs. 50,000) while in the United States the Motorola Edge+ price is set at €1199 (around Rs. 99,000).
Motorola Edge+ is available in color choices Smoky Sangria and Thunder Blue. As for the Motorola Edge it comes in the shades of Solar Black and Midnight Magenta.
Whether Edge and Edge+ smartphones will be launched in India, or just the latter, is still unclear at this time. We don’t have the exact launch date yet, either. Stick to this space for an update on that.
Also Read
Apple Launches The 4.7-Inch iPhone SE With A13 Bionic Chip
Motorola Razr (2019) Price for Foldable Phone in India
Whatsapp To Stop Working On Some Phones From 2020