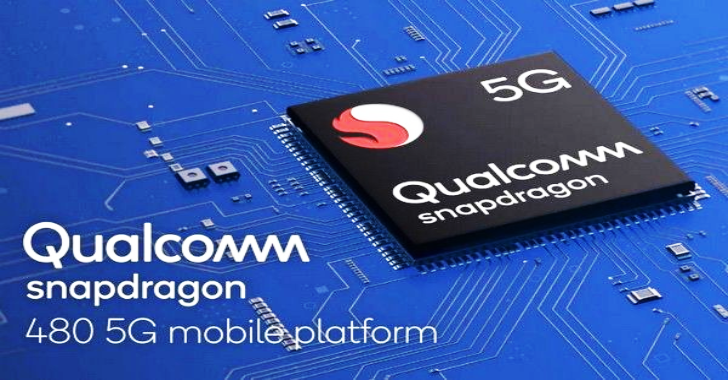 Finally, Qualcomm, an American multinational firm, has introduced the latest Snapdragon 480 5G chip. The goal of this move is to pave a new path for affordable Android smartphones capable of 5G.
Offering the most advanced 4-series features till date, the chipset is expected to bring 5G connectivity and high-end capabilities to mid-range phones. We are likely to see 5G phones from HMD Global, Oppo and Vivo launched in 2021 to carry the SoC. One of the strongest features of Snapdragon 480 is boosting smartphone’s performance and battery life.
The first wave of 5G smartphones was limited to the very premium-tier of the industry, as with all new technologies. Paired with an optional Snapdragon X50 modem, Qualcomm’s Snapdragon 855 Smartphone Platform helped to accelerate early consumer acceptance.
However, it has been commonplace in 2019 to pay more than $1,000 for one of the few 5G flagship models on the market. There was undoubtedly an early adopter premium in its first big year that held 5G out of the mass market.
The Snapdragon 480 5G was previously teased back at IFA 2020 in August and now, almost four months later, the company has shared crucial information about the new chip. Together with the Adreno 619 GPU (same as on Snapdragon 750G), it will feature an octa-core Kryo 460 Processor, which means a seventy percent boost for AI tasks, marking a major leap in raw efficiency.
The Snapdragon X51 makes 5G multi-gigabit connections and promotes versatility and compatibility across various frequencies. Qualcomm FastConnect 6200, Bluetooth 5.1, 2 x 2 Wi-Fi (dual Wi-Fi antennas) and features such as multi-user MIMO 8 x 8 sound are available. For precise location positioning, it supports dual-frequency GSP and NavIC.
Qualcomm said the first batch of smartphones powered by the Snapdragon 480 5G would arrive later in January. It was claimed that Oppo and HMD Global were among the first to launch smartphones powered by the 5G SoC budget.
Also Read
Signal Tops App Store & Google Play Charts In India & US
Adobe Ends Support For Flash Player
How Can You Tell If Someone Has Hacked Your iPhone?