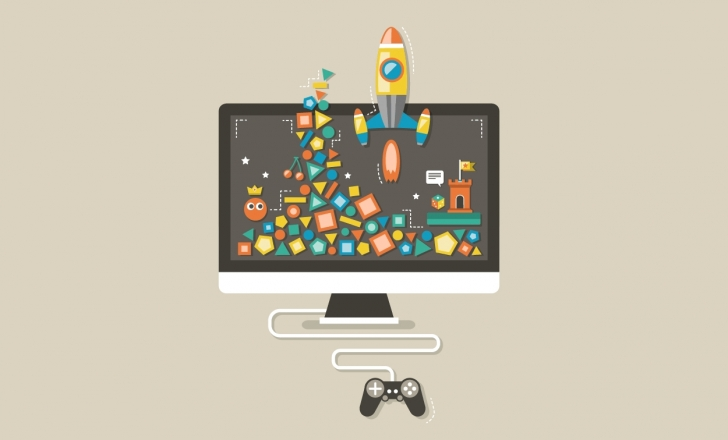 Competitive gaming has taken the world by storm in recent years, completely transforming the face of video gaming forever – it’s gone from something that was seen as a light hobby to something that’s largely competitive and which that draw huge crowds and even bigger prizes! The industry is massive these days and has taken on a life of its own, so there’s never been an easier time to try your hand at playing against the best of the best from the gaming world. Zen Internet has taken a look at how the landscape has changed since competitive gaming first came to be; you can see what they found below:

According to reports, the first recorded video game competition was held at Stanford University in October 1972 – the players competed in a game of Spacewar!, and the prize was a year subscription to The Rolling Stone! An actual competitive gaming event wasn’t officially announced for another 8 years, but this is the first instance recorded of gaming for more than just entertainment. When you see how far it’s come since then, you’ll be amazed to see that it started in such a simple way!

The 1990s was the decade where competitive gaming began to look like it could be a larger-than-life industry, with the invention of the conventional computer and the internet propelling the industry further than people may have previously thought possible. In 1997, we had the first event considered to be an eSports tournament, with over 2,000 applicants entering the Red Annihilation Quake tournament for the chance to win a Ferrari 358, which was the car of id Software CEO John Carmack – quite the prize if you ask us!

In the mid-2000s, gaming exploded. Online gaming from consoles was now a real thing, with every major game franchise now starting to focus on how their game could appeal to the masses of gamers looking to compete against each other over the internet. FPS (First Person Shooter) games benefitted hugely from this online transition, with the platform for hosted lobbies and randomly assigned players becoming the prototype for games to this day. Halo, Call Of Duty, and many others of this kind started hosting tournaments for their respective games, which proved to be very popular even to this day.

In the present, eSports and online gaming, in general, has taken on an entirely new level; the competitions are astronomically big, the crowds are insane, and the business surrounding it is one of the biggest in the world! There are now dedicated eSports teams that are solely focused on online gaming, and this has started to creep into the world of physical sports, with football clubs, basketball franchises, and many more forming their own teams in the eSports industry.

Recently, Fortnite has helped to take the gaming world into the public eye – the larger than life game perfectly captured what online gaming was capable of, bringing together lots of audiences from children, thanks to the cartoon graphics, to competitive gamers, who appreciate the insanely competitive gameplay and simplistic setup. The most recent Fortnite World Cup had a total prize pool of $30Million, which shows just how big gaming has become!

How To Get Started

If you want to fine-tune your gaming skills at home or start your first foray into playing games online, you’ll need great internet. Anybody who’s ever played online will tell you that there’s nothing more infuriating than lag, which impacts your connection to the game, forcing the game to be difficult to play or completely disconnect in severe cases. Zen Internet offers reliable superfast broadband packages tailored to anyone’s needs, so if you want a trusted supplier to help you get gaming, take a look at Zen! Their packages come with a lifetime price guarantee and one of the best Trustpilot ratings in the industry, so you know you’re getting great service and even better broadband when you make the switch.