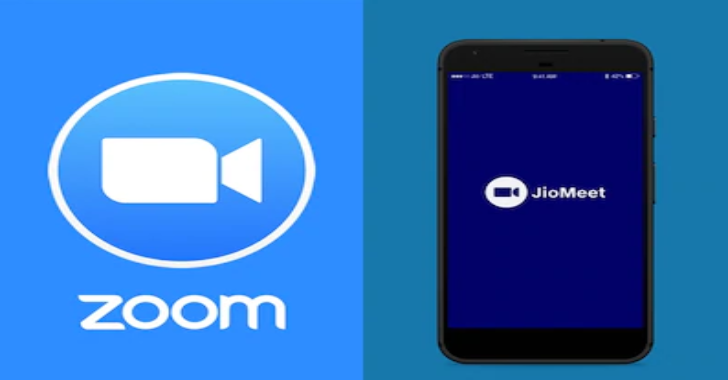 Video conferencing service provider Zoom Video Communications that bring legal action against JioMeet for odd user interface ( UI) and design similarities between the two apps as per the report.

“We knew it was coming. It’s fine, it is not the first time Zoom has faced competition. Our strength has been our products and technology, and our focus is on customers. What our competitors do is their strategy,” Raje said in a statement.

Sameer Raje, India Head of Zoom Communications, said he was shocked at the similarity between the two apps, and there was a lot of internal discussions going on. Despite not commenting on a complaint against JioMeet, Raje said he would leave it to the legal team to take the matter further.
JioMeet provides users with an infinite number of free high-definition calls (720p), and hosts up to 100 participants. JioMeet allows up to 24 hours of free video conferencing, which are encrypted and password-protected, according to the information available on the official website.
In India Zoom has many users. Of the 80 million users worldwide, approximately 6 million are Indian users. But obviously they don’t want the momentum to split and let a rival take their place.
Zoom is also trying to expunge the misconception that it is a Chinese make and has been in communication with the government over the last three months about how it operates its platform and does not store data outside the region.
Raje further added that Zoom ‘s team was in contact with the Ministry of Electronics and Information Technology (MeitY) and the Home Affairs Ministry. He confirmed that there was discussion of technical information about Zoom’s data centers.
The same was true of the JioChat app too. This was a direct copy of WhatsApp. While people are still wondering what happened to Jio, the story has been evolving. It looks as if Zoom will soon take legal action to copy the UI on Jio.
Also Read
Instagram Taps TikTok Creators in India As Testing Reels Begins
Google Duo for Android Now Allows up to 32 Video Calls in Group
ThiefQuest Mac Ransomware Are Being Spread Through Pirated Apps